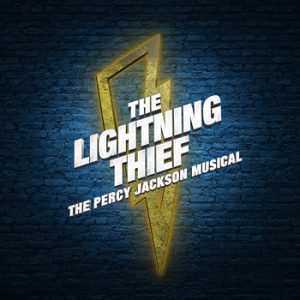 Announcement: SPAC will be hosting auditions for the upcoming MAINSTAGE production THE LIGHTNING THIEF: THE PERCY JACKSON MUSICAL.

ALL ROLES ARE OPEN. This is a mainstage show and there will be performance stipends available to those who are cast. There is the potential for daytime school performances during the week in addition to the scheduled performance dates. Please be specific with your weekday availability on your audition form.

This production will be directed and musically directed by Robbie Torres, and choreographed by Julie Stewart.

Auditions for performers aged 16 and up will be held at SPAC, 2 East Main Street in Smithtown, on Monday, August 22. Sign up begins at 7 PM, and auditions will begin at 7:30 PM. Please prepare 16-32 bars of a song from a similar musical (Pop/Rock, Contemporary Broadway), and bring sheet music, a recent headshot and resume. Callbacks (if necessary) will be held Thursday, August 25 at 7:30 PM. You will be notified by email if you are needed for a callback. Please do not call the theatre, the phone is not monitored.

All gender identities and expressions, racial & ethnic backgrounds, and physical and cognitive abilities are encouraged to audition.

If you are unable to attend the in-person audition, a video audition may be submitted. Please contact info@smithtownpac.org for more information.

Rehearsals will be held at SPAC beginning August 29, and will be from 8 - 10 PM Monday-Thursday, with the potential to add Fridays and weekends if necessary. Please be accurate with your conflicts on your audition sheet. No conflicts will be accepted for tech week, Saturday September 24 - Thursday September 29.

As the half-blood son of a Greek god, Percy Jackson has newly-discovered powers he can't control, a destiny he doesn't want, and a mythology textbook's worth of monsters on his trail. When Zeus's master lightning bolt is stolen and Percy becomes the prime suspect, he has to find and return the bolt to prove his innocence and prevent a war between the gods. But to succeed on his quest, Percy will have to do more than catch the thief. He must travel to the Underworld and back; solve the riddle of the Oracle, which warns him of betrayal by a friend; and come to terms with the father who abandoned him. Adapted from the best-selling book The Lightning Thief by Rick Riordan and featuring a thrilling original rock score, The Lightning Thief: The Percy Jackson Musical is an action-packed mythical adventure "worthy of the gods" (Time Out New York).

PERCY JACKSON – Son of Poseidon, a good kid with a teenage temper

ANNABETH – Daughter of Athena, smarter than you

GROVER – A happy-go-lucky satyr, like a hippie kid with hooves. Also plays:

THE ORACLE – a hippie mummy

CHARON – Ferryperson to the Underworld

KRONOS – A voice in a pit

MRS. DODDS – A Fury posing as a substitute algebra teacher